The history of #Agra before the #Muslim conquest is shrouded in Obscurity. The only reference to it is one by the #PersianPoet, Salman who died in 1131,A.D. It is stated that #Mahmud so ruined Agra, which had been a great Hindu strong hold since the days of #Kans, that it did not recover. In the great epic, #Mahabharat, there is a reference to #Agraban and this may well be Agra.

Sikandarlodi who made #Agra his capital in the year 1501 A.D. Built a fort and laid out a city. He rebuilt his new capital after it was destroyed by an earthquake within a year of its foundation. Though none of the buildings in the city can be assigned to him, his name is preserved in the suburb of #Sikandra, where he ercected a baradari which is still standing. It was after his death that Babar, the first of the great #Mughals, continued to live at Agra and made it a city of gardens. #RamBagh and #ZohraBagh are all that remain today.Agra rose to prominance during the reign of Akbar. He built the Fort and made Agra the seat of one mightiest and richest kingdoms. From the years 1570 to 1885, he shifted his capital to #FatehpurSikri, now a deserted city lying twenty seven miles south-west of Agra.It was however, in the seventeenth century, during the reign of ShahJahan, grandson of Akbar, the Agra reached the peak of its glory as the city of immortal architecture. This period found expression in a style of architecture of exceptional splendor carried to the highest degree of perfection. #ShahJahan built much of the Fort, most the buildings of the city and the Taj-it was an age of marble in its most refined form . Shah Jahan resided here from 1632 to 1637 and renamed the city #Akbarbad. The name however did not endure. It was here in Agra Fort that Shah Jahan was imprisoned by his son, #Aurangzeb, in 1658 for seven years. One may still see the prism which reflected the Taj and thus lightened the lasts years of its builder.

For More Posts :
History Of Mughals

Explore Taj  Mahal And Agra City with These Customised Tours: 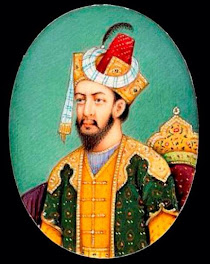 Many stories of India's enormous wealth had spread far and wide. India was well known as 'sone ki chidiya'. It had in its treasure, valuable precious and semi-precios stones . It was so famous that Timur came here and plundered almost all the wealth and he also took the finest craftsmen to beautify his capital 'Samarkand'. The mughal emperor was founded by Babur in India. He was so motivated to see India by and old woman who had narrated to him many stories about India, that he invaded India for four times but was unsuccessful and he succeeded in his fifth attempt. He found nothing that could interest him.   Babur ( 1526 - 1530 ) After his death on 25 December 1530, Humayun ascended the throne. He was defeated by Sher Shah and he fled to Sind in Umarkot Akbar was, who ascended the throne in 1556 at the age of thirteen. Bairam Khan was his guardian at that time. Humayun ( 1530 - 1556 ) After some time he took over the whole charge. He had many learned men and min